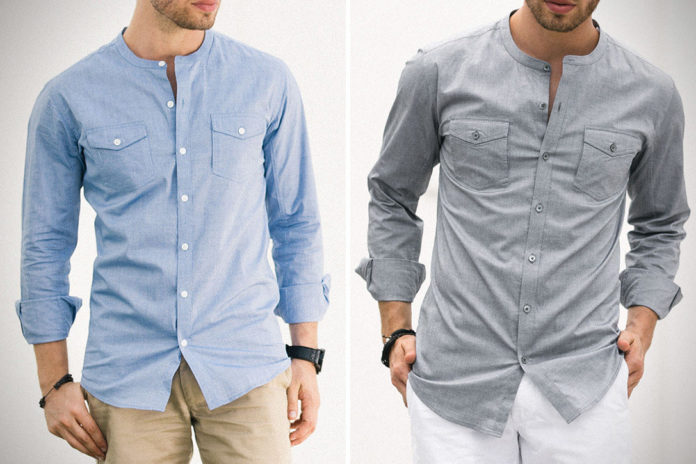 Are you the type that finds it alarming to see a buttoned shirt devoid of the familiar English collar? Or is it the kind that appreciates the new alternatives to the usual business casual? Discover it here.

A collar shirt, better known as Mao collar or mandarin collar, is the type of clothing that divides users into sides and not so much something that is used as a test of fire.

Are you the type that finds it alarming to face a buttoned shirt devoid of the familiar English collar? Or is it the kind that appreciates the new alternatives to the usual business casual, which welcomes Mao neck as the most cosmopolitan brother of the shirt with buttons? 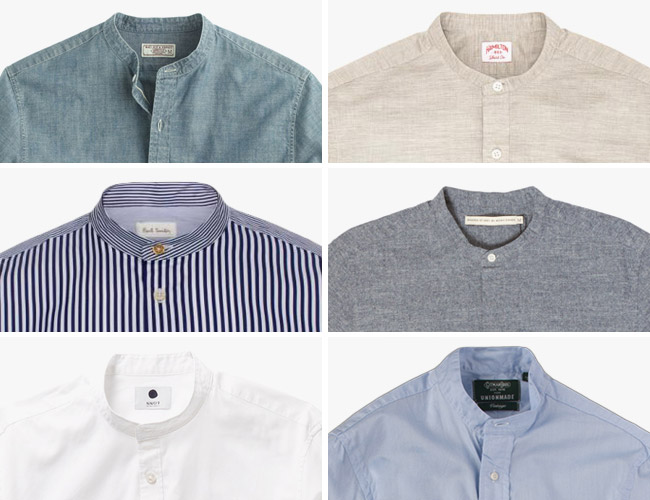 The model has been polarizing since it exists. In the nineteenth century, the neck collar was standard, when most of the collars of the dress shirts were removable. But using them in public could cause scandal.

Even today, it can be read as a relic. The other name he receives, “grandfather shirt”, suggests a sepia-colored aura. This garment is comfortable in closets full of tweed vests, hats of newspaper vendor, and other accoutrements resurrected from time to time by the mandolinists of the chic bohemian.

But lately designers have begun to transform the neckline shirt into something more like a message from the future, a garment for Joaquin Phoenix in “Her”, a field of science fiction in which the lines between the elegant and the nerdy they have faded. The fabric of this pink Oxford cloth model, by Camoshita, for example, makes gestures to collegiate-style technological workers bent on altering the discourse of sycorbatism.

If you prefer to keep the historical vibe, however, try the “subtle retro feel” of a long shirt from Cos. A bolder option is the striped shirt of Oliver Spencer that makes an appeal to the retro without falling into the suit.

Other new models, such as the contrast neck and mother-of-pearl buttons in a Todd Snyder design, tilt the shirt in a more formal direction. Vivienne Westwood, the pioneer of punk become priestess of high fashion, plays with the codes of formality offering a model with the neck and cuffs removable.

Maybe you have the right personality to wear one with a light suit and loafers without socks. If so, wrap yourself in a chambray model and have a good brunch.

Shopping forced by his girlfriend is a thing of the past

Detailed guide for the maintenance of the beard