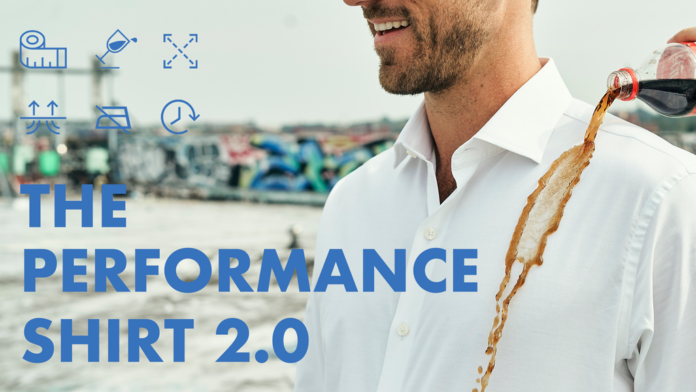 The current technological advance stands out for the development of artificial intelligence . Currently, the AI ​​is applied in many areas, such as medicine, work, the army or home. They only had to enter the world of fashion … Well, it turns out they have already done it . Smart clothing, also known as wearable technology , is on the rise today. Here we have selected some of the best garments . 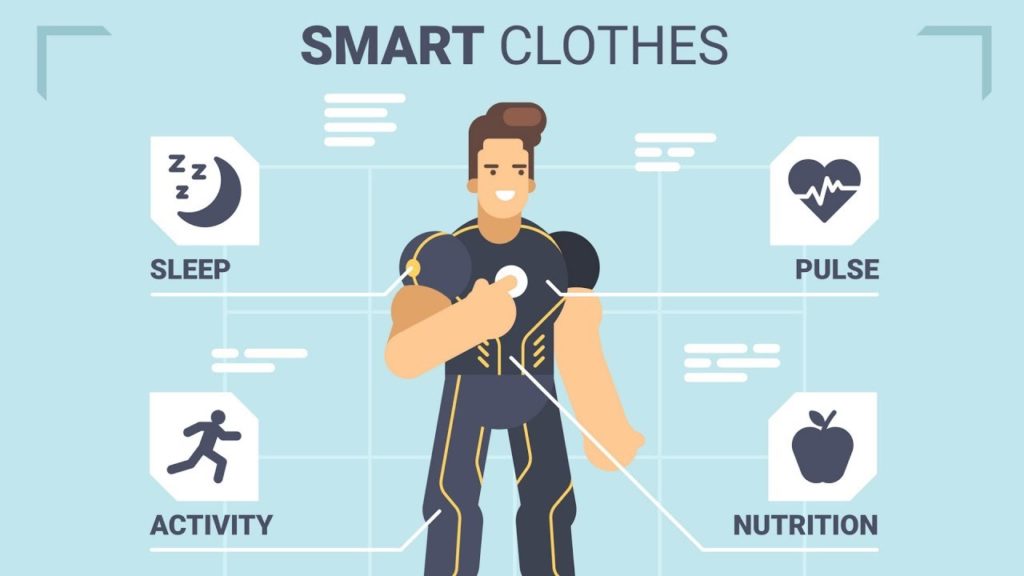 The training of the future is already here

Sport is the field in which he has researched the most about the implementation of wearable technology The need to improve performance when exercising has made many companies have worked in efficient ways to collect and store the data derived from the activity physical . This type of equipment has been used by professional athletes for a while, and is now available to the general public.

Athos is an expert company in electromyography , a technique specialized in the evaluation and recording of electrical activity produced by muscles. With this base, the company designed the ‘Men’s full body kit’ , a sports set capable of monitoring the work done by the different muscle groups of the body . 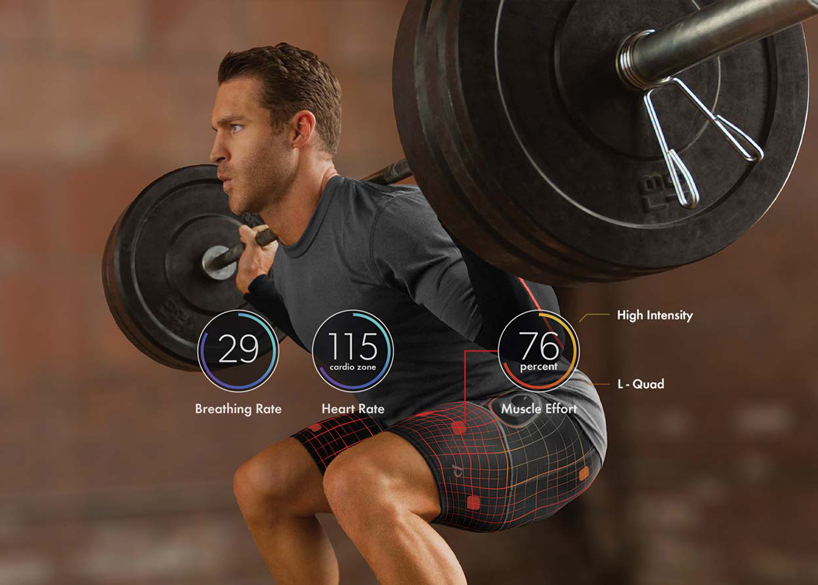 Both the t-shirt and the pants have a device that collects data from the sensors integrated in the fabric . This device, through Bluetooth technology, sends the data to a mobile application in which you can see precisely what has been the activity performed by the pectorals, biceps, deltoids, quadriceps, buttocks, etc. 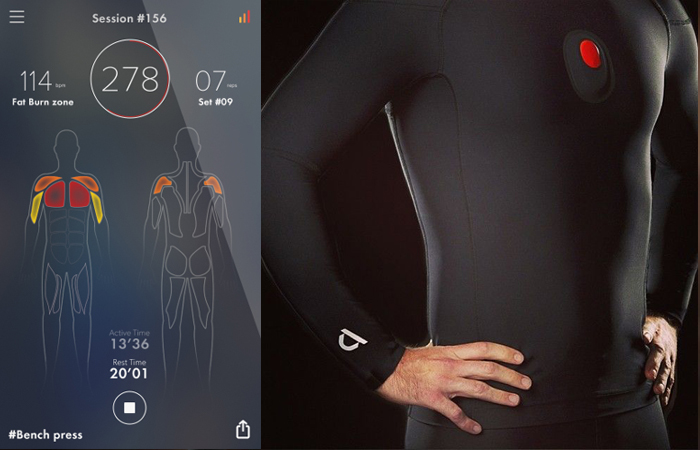 However, this kit can only be used through iOS . If you lack that operating system, you can purchase the Hexoskin Smart smart shirt instead . This garment monitors movement, breathing, pulsations and, in addition, is compatible with iOS and Android .

Another way to run

Using as the basis the same idea of ​​sending data through Bluetooth, Sensoria designed the Running Socks 2.0 . These smart socks have various sensors integrated into the fabric, which are able to collect information about the number of steps the user takes, the speed at which he moves, the distance traveled, the footprints technique and even the altitude at the one that is. 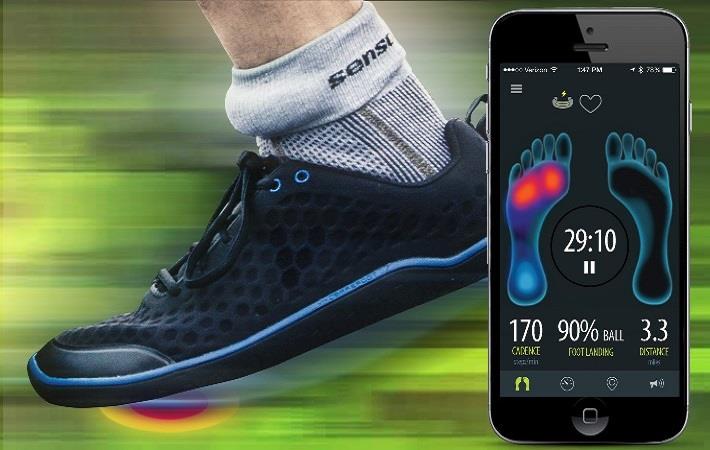 All this information is stored in two devices that are placed on the back of the ankle, and then sent to the company’s mobile application. In addition, it has two USB chargers .

The monitoring of pulsations and breathing is useful even if the user does not play sports. For those people who do not usually exercise but want to know their cardiac activity, for example, Komodo Technologies has the perfect solution. 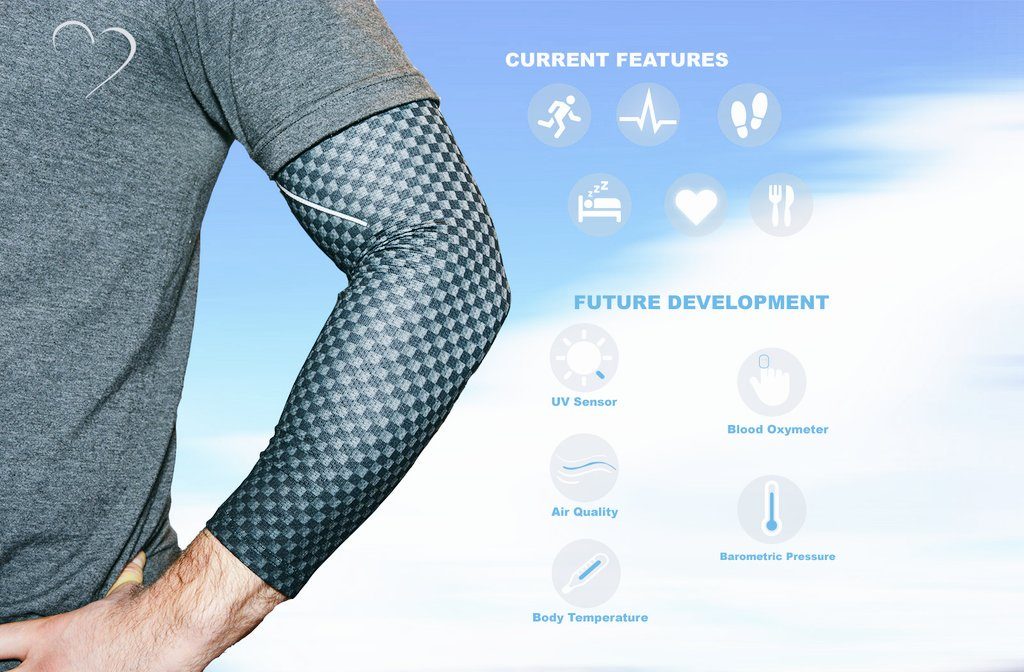 In 2016 the company designed the smart sleeve AIO Smart Sleeve . This garment has sensors integrated into its fabric capable of measuring sleep hours and their quality , pulsations, muscle activity , distance traveled in steps, the amount of calories burned and the level of stress . Again, all this data is stored on a chip that in turn sends it to a mobile application, so you can be informed at all times.

Dress ‘intelligently’ in summer and winter

Smart clothing has extended beyond sport. Currently, there are all kinds of jackets, hats, coats, backpacks and even suits that could have been included in the scripts of the most ambitious sci-fi films.

Answer calls with your sleeve

Two giants of clothing and technology decided to make the leap to this new market in 2017. That year, Levi’s and Google jointly released the first smart jacket . This denim jacket combines the design of the Commuter Trucker Jacket by Levis with Google’s Jacquard technology . 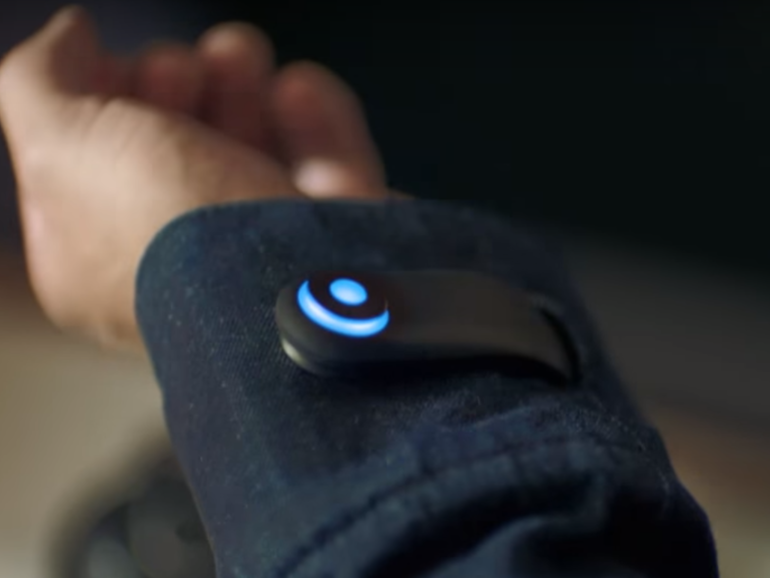 Jacquard technology is based on the use of smart fibers with which, like a touch screen on a smartphone, you can control your mobile phone. On the other hand, the connection between the fabric and the mobile is possible thanks to a device that inserts perfectly to the garment.

In the case of this jacket, the smart fibers are at the end of the left sleeve , in whose anterior part the device to which the mobile is connected is connected. With the Commuter Trucker Jacket it is possible to control calls, music and GPS commands in a very simple way: by touching with the right hand on the left smart sleeve .

In addition, each time the user receives a message, he is informed through the vibration and LED illumination of the device coupled to the sleeve . However, the care required to wear this jacket is maximum, as it can only be washed a maximum of 10 times . That is why some suggest that it is better to buy the same model without smart fibers for a much lower price. At least, you can wash it whenever you want.

To carry all these products, nothing like a backpack with USB ports to charge the phone and MP3 to connect the helmets .

The end of the washing machines?

Faced with the precaution that should be taken with the Commuter Trucker Jacket is the carelessness that Sepiia products offer . The Spanish company sells anti-stain and breathable shirts made of fast-drying microfibers and antibacterial nanoparticles. An option to take into account if you want to go untouched to work meetings. 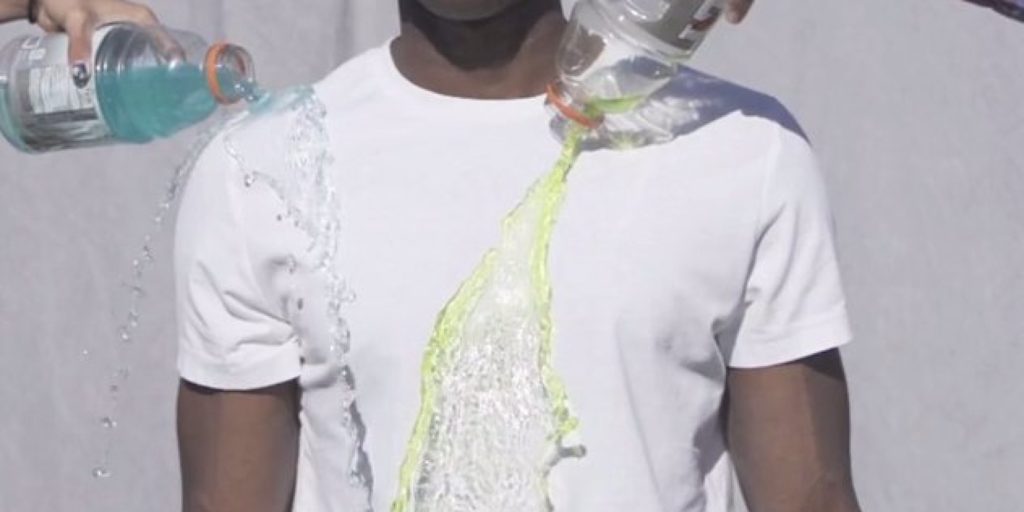 No matter how long you do, technology will always accompany you

The wearable technology is able to adapt to any season of the year. The coolest athletes, for example, will be able to go for a run in winter with Wendu thermal regulation shirts . The temperature of these shirts can be controlled and modified through a mobile application. Very useful if you are going to play sports in really cold environments. 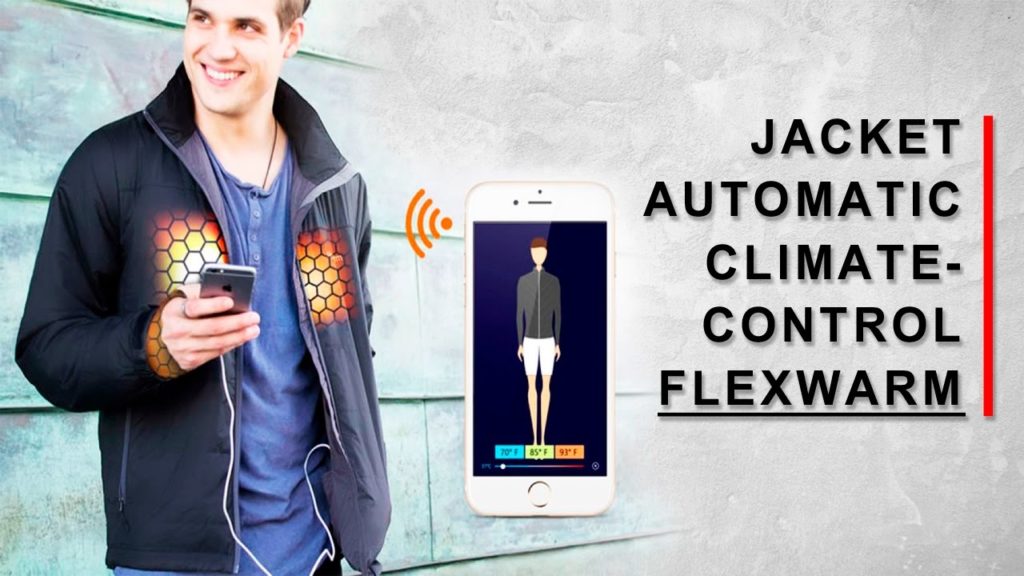 But make no mistake, to protect yourself from the cold there is nothing like a coat, and if you have built-in electrotechnical heating , better. It is already possible

And let’s not forget the head, part of the body for which more heat is lost. To cover it you can use this smart hat with microphone and built-in headphones . You can talk on the phone or listen to music while we protect ourselves from the cold. What a time to be alive .

Not everything is casual or winter clothes. There are also intelligent models for situations where you have to go more arranged. Following this idea, The Humanfit designed a special suit in collaboration with Samsung, and a smart belt . 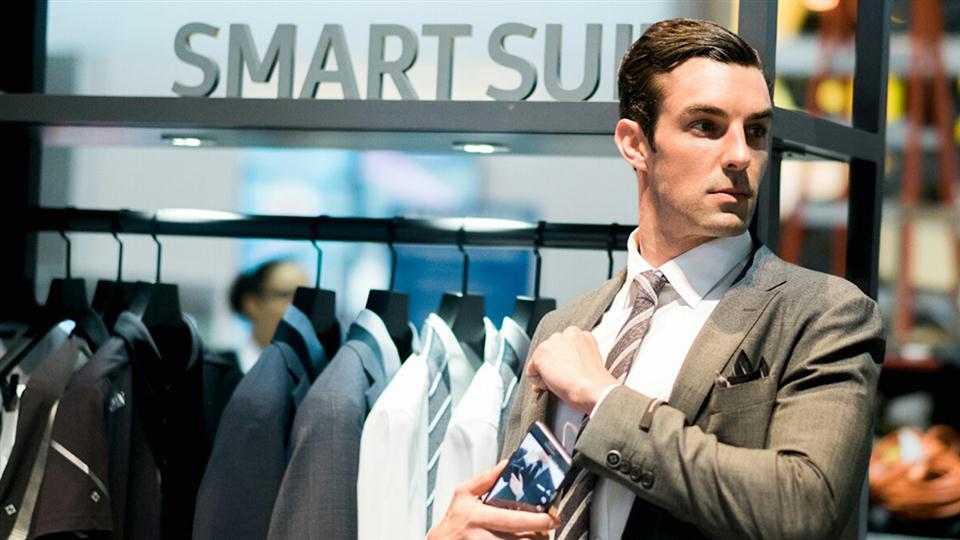 In the first case, the two sensors incorporated into each sleeve can be connected to a mobile application. Through it, the user can exchange information with other people , such as your business card, or send data directly to your work computer.

On the other hand, the belt allows to count the steps and the amount of time that the person wearing it passes sitting or inactive. Likewise, it is capable of preparing daily and weekly analyzes.

The garments of the future are here

Smart clothes do not seem to be a fad. The wearable technology market grew, according to a PwC report , by 28% from 2014 to 2016 and some studies predict that, in less than ten years, the total revenue billed by companies in this sector may exceed 104 million. euros . Definitely, artificial intelligence is changing everything.

The best Beards for a Wedding

Advice on style and care for men with short hair