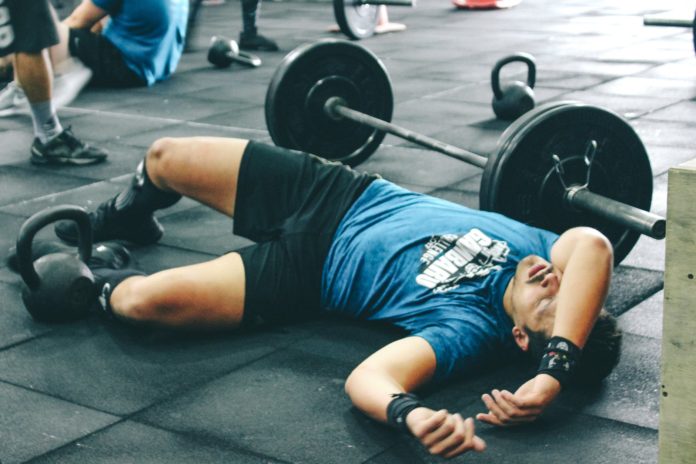 Going to a gym has its risks: the innumerable jumps, lifts and routines can damage the body and cause injuries. But there is another invisible risk: the equipment used in training, mainly the mats used in different routines, contains flame retardant chemicals that accumulate in the air and end up in the body of athletes. This family of chemical products are added to combustible materials (such as the aforementioned polyurethane mats) to prevent fires or reduce the spread of fire. In industry, the most common are brominated flame retardants, which, as the name suggests, carry bromine and are neurotoxic compounds .

Previous studies had shown levels up to 6 times higher than the general population present in gyms, particularly in mats. Because these materials are used mainly in polymers and combustible materials, dumbbells, weight machines and other elements mainly metallic, do not contain them, but can be present in padded floors, mattresses used in gyms and parks. trampolines, some enclosures that are increasingly popular in Spain and that get to connect more than 50 trampolines to each other in a space that exceeds 3,000 square meters

Now a new study, published in Environment International, shows that replacing foam mats with chemical-free alternatives can significantly reduce athletes’ exposure to these substances. The authors, led by Courtney Carignan , observed a 5.4-fold decrease in flame retardant levels that had accumulated in the hands of gymnasts during sports practice, suggesting that replacing mattresses with free alternatives Flame retardants is an effective strategy to reduce exposure.

Researchers say the findings may also have implications for other recreational facilities, including trampoline parks or trampolines and climbing gyms that also have this type of mats.

Flame retardants spread through the facilities where they can be ingested and inhaled and absorbed through the skin. The authors of the study point out that these chemicals have been associated with health effects, such as thyroid problems, attention deficit / hyperactivity disorder (ADHD), weight gain, infertility and cancer.

“Athletes, particularly those who frequently use this type of gym equipment, are especially at risk because they are vulnerable to exposure to chemical substances,” concludes Carignan.

The most viable alternative is the DEROCA project (acronym of Development of safe and ecological fireproof materials based on CNT co-additives for basic polymers) of the European Commission. The project uses carbon nanotubes, among other materials, in flame retardant systems.

The study does not mean that gyms are dangerous places, what does stand out is that the use of certain chemicals present in combustible materials are potentially harmful, especially for the little ones.

Detailed guide for the maintenance of the beard