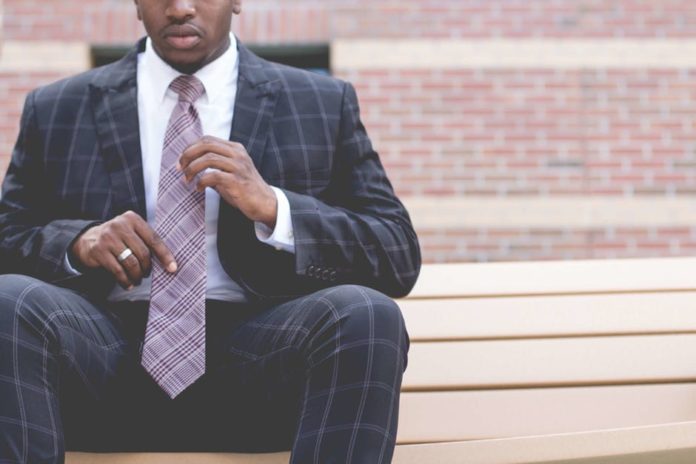 The tie is still the perfect complement to the male suit. It is an accessory extended by the world, but few know it was born in the current Croatia: his army had knotted around his neck, as part of the uniform, a kind of black handkerchief with a knot in the middle. Numerous Croatian soldiers came to Paris in 1635 to support King Louis XIII. The French quickly adopted this garment and made it an everyday item, being approved by Louis XIV its official use in court in 1650.

From these beginnings, the tie is associated with elegance and its prominence in men’s fashion is maintained over the years , evolving into a multitude of fabrics, widths and patterns. The form of knotting, although not so varied, is wide enough to allow the wearer to achieve a different touch, in addition to more than a headache.

Precisely to simplify the possibilities and hit the styling, Jonathan Vierne, CEO of Sastrería Alfonso Hernández helps us with the choice of three simple knots to make and with which you can hit on most of the looks. “Using different knots, we can achieve different results without needing a large number of ties . With some models in two fabrics, like silk or knit, three different widths, some smooth pattern and some other with a more fun stamping, we can create a wardrobe background versatile enough to combine for years with our favorite costumes “adds Jonathan .

Knot Four-in-hand: The vertical striped suit is one of the proposals for men this fall / winter, according to Alexander McQueen, Maison Margiela or Versace. Jonathan proposes to detract formality by using a narrow tie with a simple knot, also called “four-in-hand”. This asymmetric and elongated knot is made with a loop and is also very suitable for knit ties and with closed American shirt collars.

Double knot: Also for this season they arrive with force from the hand of Giorgio Armani, Ralph Lauren or Hermès the suits buttoned and with vest, with jackets of closed lapel or double buttoning. With this three-piece it is interesting to use the double knot, also asymmetrical but formed by two turns, which gives it more thickness. This knot is more formal than the simple knot, but being asymmetric, it adds a youthful touch to the look. Another great advantage is that it can be used in everything from shirt collars, from open, like the cutaway, to the most closed American

Windsor middle knot : The XXL shoulders is another novelty seen in designers like Calvin Klein or Armani for this season, with costumes that remind the American brokers of the 80s. This style is something more formal, Jonathan recommends use the Windsor middle tie knot, similar to the Windsor, but with one step less in its execution, making it less tapered. This knot is very appropriate for ties of standard width or a little narrower and with open shirt collars like the Cutaway.

ALMOST 400 YEARS WITH A TIE: 10 CURIOSITIES OF THIS ACCESSORY

The most common mistakes that damage your style

Know how to wear suede clothes in style

How to wear a bow tie for men

10 things that should be in your basic wardrobe