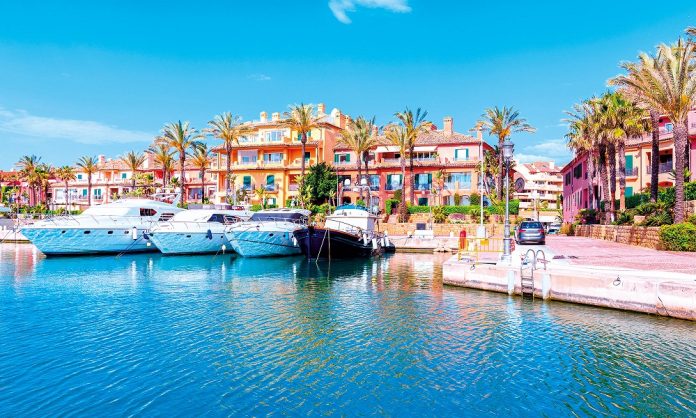 Sotogrande is a compact settlement on the southern coast of Spain, Costa Del Sol, located in the autonomous community of Andalusia. The city, by the way, was founded by Joseph McMicking, who created the company, which began the first in the world to produce tape recorders and video recorders. Initially, Joseph bought five farms, deciding to create a luxury resort. And yes, he did it. Now Sotogrande is one of the best resorts in the world, attracting celebrities such as Tony Blair, Prince Harry, Antonio Banderas and other famous personalities. And there are many attractions worth trying.

Here is a list of reasons why you should choose Sotogrande for your vacation. The guys from the real estate agency Open Frontiers, which sells villas and apartments in Sotogrande and knows everything about this chic resort, shared this information with us.

Sotogrande is located next to the Andalusian National Park. The Guadiaro River flows through the city, and Sotogrande itself is located on the Mediterranean coast near the Strait of Gibraltar. Sotogrande is a real oasis, which is located in the arid region of Spain and is surrounded by a desert on all sides. But the city itself is a green oasis. Not far from Sotogrande there is a ski resort, Sherry wine house with grape fields. An hour away is Tarifa – one of the best surf spots in Spain. From almost anywhere in the city offers beautiful views of the mountains and the sea. As for architecture, it is diverse: a combination of ancient Spanish-Moorish architecture Mudejar, Gothic, Renaissance, modern style and high-tech. With such a variety of architecture, the houses look harmonious, and it is immediately clear that people with good taste live in Sotogrande. Everything is thought out to the smallest detail; the infrastructure includes everything you need for a comfortable life: beautiful roads, shops at every step, several options for moving to other cities.

There are five golf courses in Sotogrande, so if you are a fan of this sport, then you must visit this resort. But more importantly, one of them is the famous Golf Club Real Club de Valderrama. It is the best golf club in continental Europe and one of the best in the world. From 1988 to 2008, the world-class Volvo Masters competition was held at Real Club de Valderrama Golf Club. Also in Sotogrande there are six polo fields, two tennis clubs, a rugby club, two beach clubs and stables. In general, it will not be boring.

Sotogrande has the largest marina on the Spanish coast. Here is the royal yacht club Sotogrande, where you can not only admire the many luxurious ships, but also try yourself as a captain (for example, in a sailing regatta or in other water sports). If you go with children, then they will be able to learn sailing on the Guadiaro River.

A little more than 2.5 thousand people live in Sotogrande, and even in the season itself there will not be many tourists. The maximum number of residents and tourists does not exceed 12 thousand people. And for the most part these are rich tourists who behave culturally. Here you will not meet typical “Russo tourists” and other unpleasant lovers of beach holidays. Therefore, if you want to relax away from your compatriots, enjoying sailing on a yacht, golf, shopping and other top-level entertainment, then Sotogrande is one of the best options. By the way, rest can be combined with training. In Sotogrande there is the International School IB Sotogrande (International Baccalaureate – International Baccalaureate), which is one of the best in Europe. It is intended for children from 3 to 18 years old, and it is a great option for families with children.

Pack For A Trip To The Beach: Holidays In Style

Ways To Wear A Men’s Shirt

How to repair tired and stressed skin in four easy steps

How to Combine Clothes According to Skin Tone

How To Wear A Tuxedo – A Modern Men’s Guide

How you should dress in the gym