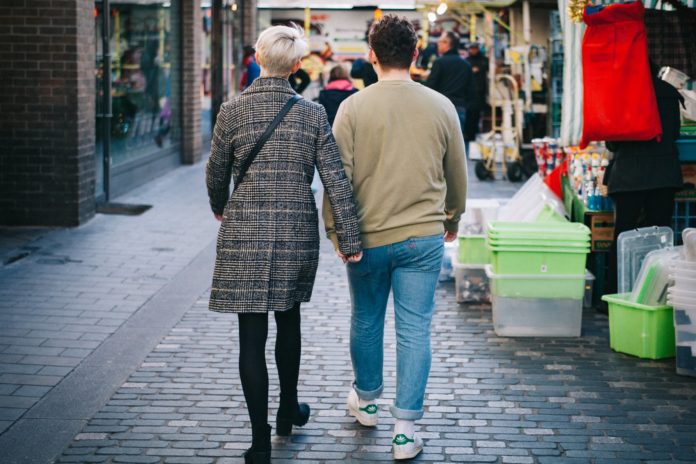 The designer Sergio Dávila knocks down some of the myths about Peruvian man. For him, there is now a greater interest in wearing a style, although shopping is not necessarily a passion for them.

Sergio Dávila is a designer specialized in men. We turn to him to find out what myths about Peruvian man persist, which ones have gone, and how the style of executives, young people, adults and teenagers has been changing while fashionistas blogs for women have exploded in the capital.

Is the Peruvian man staying behind, or does he offer competition to his female counterparts?

1. Public transport: fashion example Sergio Dávila opened a store in the heart of the historic center of Lima, and the location has not only been an inspiration for his new collection, but also allows him to see the look of Peruvians of all social strata.

“When I have to go from my store in Miraflores to the center, I try to do it in the Metropolitan, because it allows me to see many looks, and there are differences in how the man dresses now and how he did ten years ago,” he explains. .

“For example, something that I notice a lot, before the man did not take much care what shoes he wore.

These had a utilitarian purpose, but now I do not see old, careless shoes, but I see style when combining them, more daring colors. I think they are thinking of combining clothes with footwear. “

Dávila points out that although one can not speak of an integral style and full consciousness when choosing tenidas, the center of Lima has ceased to be wasteland in terms of style.

2. Buy with the girlfriend is torture Dragged into the locker room of a store. That was the image we had of Peruvian men. For years, mothers, girlfriends and wives have taken their men shopping and have made the most decisions. Convincing them to try on one more item was a difficult feat to achieve.

Sergio Dávila believes that has changed. “In my stores, it is the man who decides, and even goes without company, and I not only talk about senior executives, but all kinds of clients … In the center of Lima, they buy me very young guys who must have saved to buy a sack The idea of ​​suffering to get dressed and be forced no longer enters the head of the Peruvian man.

For Sergio Dávila, brides can now have in their partner an ally for a day of shopping with style.

3. Goodbye to the jean and the polo But if you could convince a man to go shopping, getting him to decide on something more daring was another pending task. It was almost a rule that he chose a classic jean and a polo, and if he wore a print of his favorite cartoon, the pain was greater for the couple.

Dávila believes that that does not happen anymore: “I think you can buy a jean, but now you think more about the fit, in color, and not just in jeans and casual clothing, now you can see a suit with notch, a pair of trousers It does not look three sizes too big. “

For the designer, if a girlfriend or wife can not convince her boy, “she has to give him information, buy her GQ, or any men’s magazine with style.