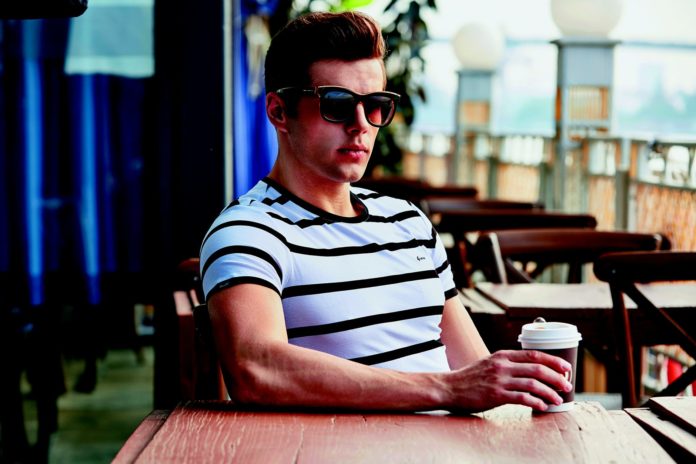 That men are models, is something that some time ago in the industry was not well seen. The initiative, that men earn their lives by simply wearing clothes, had unattractive aspects: narcissism, lack of wisdom and responsibility .

But in recent years, there has been a systematic change in the reactions of people in the fashion industry .

Male modeling has not only begun to match the level and status, and acceptance that female modeling had since the 80s, but also, is increasingly seen as a desirable job .

And the emphasis is on “work”: apart from being considered a legal career, in addition, there is a more extensive understanding of what it means to be a male model.

It is a life alternative that needs a lot of discipline : days at the gym, eating well, not drinking alcohol before a catwalk or shooting. It’s not just about showing off and taking a pretty picture.

In a way totally opposite to the perception of the neophytes in the world of the male catwalk, the primordial characteristics are much more ineffable than the mere fact of being handsome.

Yes, it requires being tall, and having an acceptable bone composition. But the dynamics of what constitutes a male model is always evolving, and for the moment, these are basic qualities that a male model must have .

How to become a male model

Modeling is not a job that is won in a reality show , although there have been cases that it has been. So, how do you make it your career? There is not much talk about your appearance today, or how you are as a person or as an individual, or what face you make.

Social media has helped to create this new emphasis on personality, jointly, with the growing number of popular male fashion brands not so important, that are more with interests in a creative figure, in having a nice facial expression, in place of the strict measures that a model must have.

The fact is that at this time there are many male models that could all, more or less, carry out the same work as the users of the brand. Many fashion companies have chosen to value more things than the figure and the perfect face .

Some agencies organize open days, during which anyone can appear, to a casting, and sometimes they have found guys who have been real jewels in the rough.

The professional model of today

Ten years ago male models were commonly pigeonholed into a special type of work.

These categories – commercial, catwalk, fitness and other similar – are still not serious, but the changing requests of the industry and the growing number of brands that put on sale a wider range of men’s clothing have caused a change in the use of different stereotypes, for certain working methods.

At this time, agencies and brands seek distinction : a model with an “aspect” that will be less generic and, therefore, more recognizable to the public.

Even age fluctuates . If we think that we have the possibility of guiding a model and having it photographed regularly, age at the moment is not an aspect, essential in the masculine side of the business.

At present, the multiple possibilities of work, are the base of a career and a more lucrative income: the work in catwalk, takes to a commercial work of prominent profile.

It’s a rare industry, and it looks like it’s just like you just show up and take a picture, or you’ll walk a little.

But the real work is in what you do on the days of filming : you have to protect your physical shape and your health, that’s a paramount thing. Being ready to work must become something recurrent and habitual.

Photographing fashion images for magazines and online media is where art is. Since the purpose, it is more the distraction, and less the commerciality, it is the type of work that facilitates a model to carry out enough more than one session or shooting.

There are few parameters about the height or composition of an editorial model with the right aspect, although being close to what the brands call ‘sample size’ (approximately a waist of 80 centimeters, neck of 38 cm, chest of 100 cm) , without a doubt a nice body helps.

Rather, it is about the attitude that you bring to the perspective of the art director and fashion editor, for the shooting or photo shoot.

The catwalk models – those that use designer clothes for each season on the catwalks in London, Milan, Paris and New York – need to be high : mostly between 1.8 and 1.90 centimeters, since this helps the photographic work, and the gateways are increasingly prone to the diffusion of images through social networks instead of persuading a client to invest.

The creation of a model catwalk can change considerably, in relation to the demands of the brand, knowing the proportionality with the height. They also need to understand how to walk on a catwalk , walking well is an innate ability. But, maybe more than anything, they have to be resistant.

The male models looking for work in catwalks have the possibility of having to proceed to about 10 castings a day , this is where their suitability for a particular job is analyzed, over many days and in numerous locations, all without charge .

It is with work as a commercial model that you can really start thinking about modeling as a long-term career . Commercial work tends to cover a wide spectrum of jobs not related to the catwalk for a specific brand. Catalogs, advertisements on the Internet, for example, are considered commercial works, as are commercial exhibitions and television programs.

The physical requirements are less rigorous – men are more likely to measure more than 1.70 m – and work, in turn, is less noticeable. But surely you will create a stable and regular job .

However, if you win a major advertising campaign for an international brand, it will surely be the ticket to the great success . It is through ads that a male model will most likely cross the line of fame and get more jobs, from sponsorship agreements to simply an appearance.

Key tips for being a male model

A male model has to be psychologically strong , there is a lot of rejection. You have to accept that you are the right person for a job or not, and that the whole process is just a matter of someone’s opinion.

Contrary to intuition, it is important that a male model does not stick to its appearance . As soon as you start to like your haircut, the next stylist will want to change it. Similarly, be prepared to wear anything and feel good in it, at least during the photo session.

Prepare to have your social life interrupted regularly . The modeling work does not follow the traditional pattern of nine to five working hours: on the one hand, there may be long periods of not working at all; On the other, you can expect to find yourself on a plane to the other side of the world the next morning. You can see incredible places. You can also spend a lot of time waiting for a phone call.

Perfect your skills with people : the successful male model, which is repeatedly re-booked, is the one that can put your ego aside and work well with the rest of the team. The filming and the realization of catwalk events are important teamwork.

Learn at work : get advice from editors and photographers to better understand your strengths and weaknesses. You will see more closely how the public will do it, which is often different from how you see yourself.

It still happens, but do not fall into those scams in which someone promises to create a portfolio of photos that will guarantee your work. If you have a future in the world of modeling, choose a reputable agency and feel free to go shopping. You need a good relationship with your team. In this way, you will get a good contract. There are many loose scoundrels.

Do not expect to make a fortune . Modeling is the rare example of an industry in which the difference in pay favors women. Models often also have to cover their own expenses.

Guidelines to wear shirt every day

Yes, the ‘six pack’ effect can be achieved with high definition...

What chemicals are you subjected to in the gym and you...

Style and dress mistakes that every man should Avoid