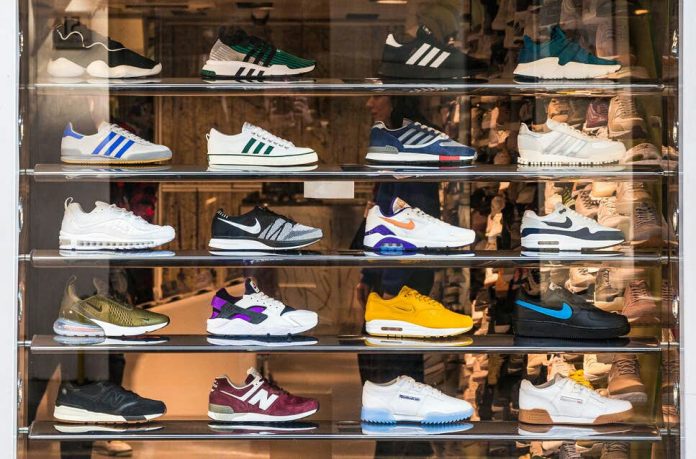 They say that when we meet someone in the first thing we look at is in their face or in their smile but in the fashion world we know that this is not so important. What really catches everyone’s attention are shoes and this is something that applies to women and men.
A curious fact about the boys’ shoes is that unlike other accessories these have been constantly reinvented. And this is why we hardly see men wearing exactly the same style of footwear.

This time we want to share with you the latest advances that have been developed in the men’s footwear industry . The most entertaining of all is that this is just beginning so that in the coming years we can see even more impressive pieces.

The first time we saw these shoes was in a designer’s fashion show in Paris and the cameras immediately drifted at the feet of the models because they couldn’t believe what they were seeing. It turns out that the shoes had an appearance that left a lot to be desired , were dirty or at least seemed dirty.
As the shoes caused so much impact a few months later Zara began offering a similar version to the Balenciaga shoes to its customers at a lower price and with an aggregate that everyone knew how to thank and that they were clean.
It is more than evident that these Sneakers can be worn even in the context of a formal celebration because they look great with the costumes. The key in this regard is that you are a man who does not fear the idea of going beyond.

This brand has triumphed in a big way because its executives learned to change with their clients , this means that they masterfully adjust to their needs. For many years Adidas has not simply limited itself to running shoes.
The last creation of the firm; the Adidas NMD_C2 are giving a lot to talk about and that is because they perfectly meet the concept of urban and good taste . They look more robust but without that resulting in a sacrifice of style and personal seal of the company.
According to the statements issued by the executives of this company they want customers to feel that they are part of a large family and the only way that this is possible is to listen to them and follow their recommendations.

Reebok and BAIT do it again

These two brands are committed to the nostalgia of their customers to succeed. They have designed a shoe inspired in the eighties but it is not only about that but they also have elements of the popular Stranger Things series and also of the Ghostbusters.
As you can imagine the young people got crazy and went out to buy them and nobody can judge them. It is necessary to take into account that the quality of the footwear is exceptional so it is not something purely aesthetic. In Reebok they have always invested in designs that are not too extravagant because at the end of the day the protagonist is not the shoe.

This new design from Nike has impacted quite well among the boys and is that they somehow managed to capture the essence of the last decade without losing a single detail. When it comes to classics, it’s really true that Nike knows what it does.
The possibility that this is a new production line has not been ruled out, which means that more people around the world will be able to use them. They are also considering expanding the color palette and thus being able to reach customers that are more exquisite.
Nike Air More makes the guys who wear them feel free to express anything since these shoes are loaded with personality . They are the perfect complement for those who work every day to achieve success.

This is another of Nike’s most applauded feats because it is great shoes. At first glance they convey a sense of joviality that is unique in the market. They have caused such a stir that they plan to make a version for women. By the way, another model that we love are the Air Fore, here we show you how to combine the Nike Air Force.

Men Casual Styles and How to Dress Casual

Guide to choose the perfect strap

Three ways to know which glasses are the best for you